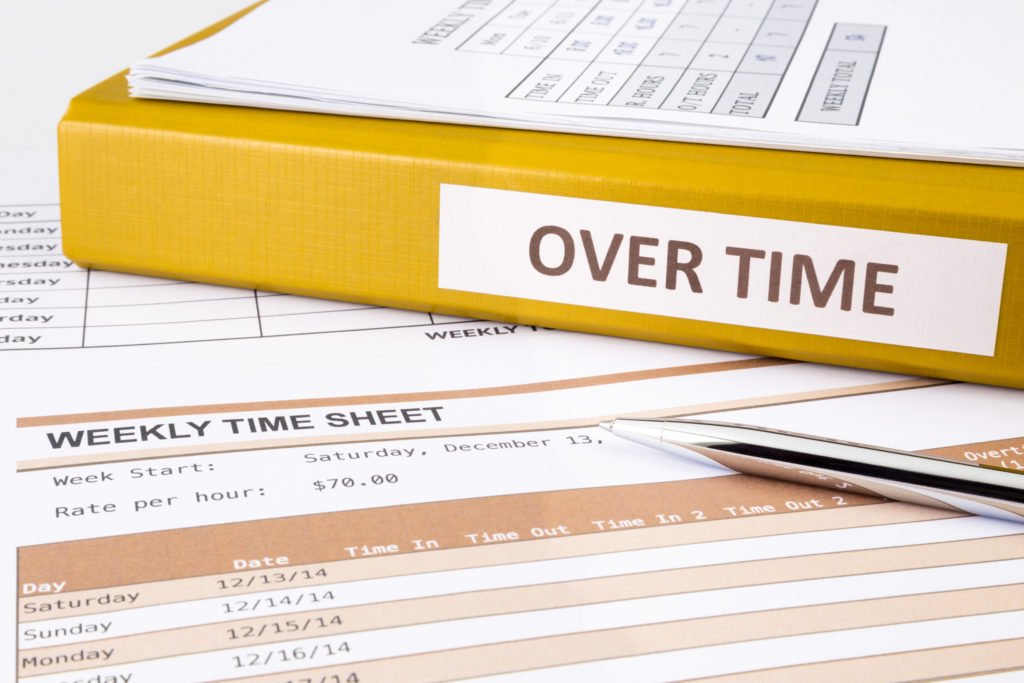 The Fair Labor Standards Act and state laws require covered employers to pay qualifying workers overtime if they put in more than 40 hours in a single week.

Most employers in the U.S. are required to pay overtime, calculated at 150% of an employee’s base hourly rate. To be eligible to receive overtime pay, however, the employee must be “nonexempt.”  Whether an employee is exempt or nonexempt is usually determined by applicable federal and state laws, and not by the employer.

For example, the following jobs are typically exempt and ineligible for overtime pay:

Exempt status may also depend on whether a worker is an independent contractor or falls under a “white collar” exception reserved for executive, professional, and administrative positions.

Under the Fair Labor Standards Act, neither an employee nor an employer can waive overtime pay. Agreements to limit work to eight hours a day or 40 hours per week or employer announcements disallowing or not permitting overtime are considered invalid. Similarly, there is no distinction for tasks or duties that an employee voluntarily continues at the end of a shift – those hours are considered compensable work time for which the employee should be paid.

Many salaried employees may be eligible for overtime if their weekly earnings don’t exceed $455 and they don’t have job responsibilities requiring an advanced degree, hold managerial positions, or work in a job involving high-level business decisions.

In many cases, a person entitled to overtime under federal law may be exempt under state law, and in some states, overtime pay is triggered when an employee works more than eight hours in a single day, regardless of the total hours worked that week.